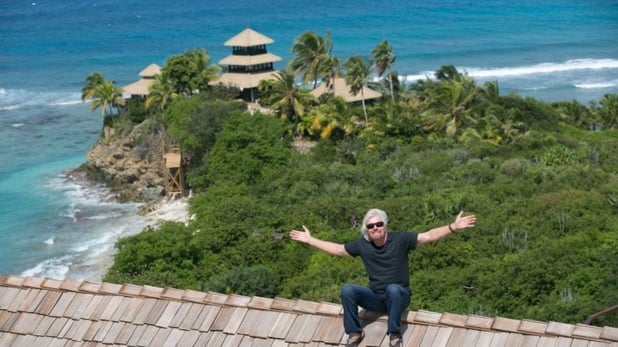 Saying No to Necker? (part one)

What price inspiration? How much should be spent on a chance to make valuable contacts?  How much is too much to risk on an opportunity?  Important questions that span high school economics classes (opportunity costs) to the great Daryl Sommers telling us, “you’ll never never know, if you never ever go…”

I feel confident in saying that the majority of business owners within arms’ reach of an internet connection have heard of entrepreneur, interruptus maximus, billionaire business rainmaker and legend, Richard Branson.  He changed the way we all think about brands both personal and commercial as well as reshaping or at least broadening the world’s perception of what it means to be an entrepreneurial icon.

And he bought himself an island.  Necker Island in the Caribbean Sea, not too far from Jamaica and yes, it’s part of the British Virgin Islands.  So… nice!  Not only that, from time to time he welcomes visitors to this virgin paradise for various reasons but the one that captured the hearts, minds and imaginations of a lot of people including me was the opportunity to learn from the master.  Or at least, those cut from similar cloth so to speak – entrepreneurs, bold and driven.

In one way, to receive an invitation to Necker Island to commune with other like-minded entrepreneurs at or reaching for the top of their game and the pinnacle of success is invaluable.  You can’t help but sharpen your thinking, clarify your vision and be inspired by talented people driving different vehicles along the same road to changing their lives and the lives of others too.  Throw in the chance to have words with Richard Branson himself… no wonder people go a bit nuts at the thought of it.  I would too if I got an invitation.

I got an invitation to Necker Island

The golden ticket, so to speak.  And like most things that are golden, it came with a fairly hefty price tag.  A wise man, King Solomon in fact, was said that the counsel of many would bring success.  So I put the good news to my facebook connections – and what a response!

When I asked for opinions on whether I should go or stay the replies where as diverse as they were heartfelt.  They fell into roughly three groups:

All three points of view have merit and so once the shock and awe had subsided I was left with a decision to make.  One thing is for sure though.  When you are faced with a big decision and you’re looking for opinions to weigh, compare and contrast, being part of an open and honest facebook community that genuinely wishes its members well, is a good way to get the ball rolling.  Once that happens and you have enough data (opinions) you’ll find it easier (okay, sometimes harder) to begin your decision making process.