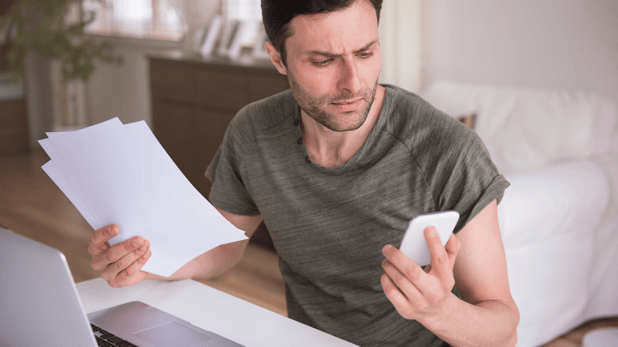 What Happens If You Get Bookkeeping Wrong

If you or the bookkeeper gets it wrong, it’s going to cost you money in some way, whether that may be missing out on GST, claiming GST where you’re not meant to or it might cost more in tax or accounting fees.

If you don’t code your GST right on transactions, you’re either; over claiming GST – which is essentially illegal, or you’re under claiming it – you’re not getting the tax back owed to you.

It’s either business owners who DIY their bookkeeping or they’re not having the best bookkeepers who aren’t really going through the numbers properly.

We’ve seen clients who basically need to redo their whole bookkeeping because it was done so poorly resulting in lodgement delays, penalties or nagging from the accountants.

This could hurt you when you’re trying to make business decisions and you’re not getting accurate information.

Balance sheet transactions coded to the profit and loss statement

It’s very common to overstate or understate your profit with this easy mistake.

We often see people when processing payroll through Xero and it puts it on the profit and loss, then they allocate payments of payroll to the wages account –  basically, you’re doubling what your payroll expense looks like and your profit is going to look shocking.

This is double paying suppliers if the payments aren’t getting reconciled correctly. People pay them and also enter them through the bills section, so that ends up being a double payment there.

You’re following up clients who have actually paid their bill, because of your lag in reconciling your money received or having a huge debt balance because you’re not following up your debtors at all.

Stock is out of whack – can affect your tax bill

This is probably more towards the manufacturers or businesses who sell actual physical products, where your stock is all out of whack.

The problem with having your stock out of whack is if you’re making large purchases of materials, like raw materials, and then you’re leaving them on your profit and loss rather than on your balance sheet on your stock – you’re not reading your financials right either.

So if you need help with bookkeeping, I highly recommend Efficiency Partners. We’ve referred multiple clients over to Allison and her team and they do what is called a “cleanse” – where they basically clean up your books, then maintain them from that point onwards.