Legal Options That Can Save Your Business 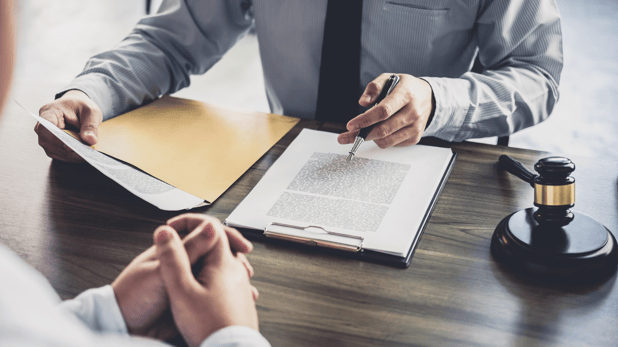 We spoke with @Danny King from Danny King Legal on our webinar last week about legal options when it comes to dealing with a team during COVID-19.

What we can do is a partial stand down where we shave off the excess wages on top of JobKeeper. For example, if the person is earning $100 an hour, JobKeeper is going to pay them for 7.5 hours in a week ($750 a week). Once you’ve paid that $750, if they’re not doing any work anyway, we can shave off the excess wages if we’re very careful and jump through the right hoops. There’s documentation, consultation and I recommend extreme caution. However, it is possible to save yourself a lot of money on that extra payment over the JobKeeper minimum.

2 JobKeeper regarding directions of location of work

We’ve all probably jumped the gun on giving directions about location of work, without having gone through all of the steps that we need to. If you’ve got someone in your team that is jumping up and down because they are not comfortable in their home office or think that going to an alternative location is too far or whatever the problem is, then you should be focusing on dealing with that particular problem. Otherwise, having a consultative approach about where you’re going to have the location of work is probably going to get you over the line.

As an example, our firm moved on the 1st of April. We’ve had a lot of people who are working from home that are starting to dribble back in. I have actually let all of my people make that decision for themselves. Other businesses are having to be a bit more prescriptive about who’s going to work where, and if you are covered by the JobKeeper directions, there’s a special method that makes it a bit easier to do. If you’re not covered by the JobKeeper directions, such as our business, we need to do it under the traditional method of renegotiation of contract, or it might be sitting in this bubble of a reasonable and lawful direction. So, just because there are extra bits that we get for the JobKeeper, doesn’t mean that that’s the only way.

3 JobKeeper regarding direction on duties

The direction of duties is about saying, “I don’t have work in what you normally do, but I do have some filing. And so it’d be really useful if the business could have the benefit of your filing skill.”  This is directing the person to do alternative duties. Again, you can do that in normal employment law there are quite a few risks involved in that.

What the JobKeeper direction has done is just de-escalated some of the menace that you would otherwise feel in having this kind of imposition on an employee who might otherwise think, “Hey, you’ve just demoted me. You’re punishing me. Why are you doing this to me?” So, it’s just helping people get perspective.

We can also have agreement, and this isn’t a normal agreement. A JobKeeper agreement requires the other party to act reasonably. Without the JobKeeper, we can still come to an agreement. You can come to an agreement about almost anything. But, it’s in situations where you’ve got a recalcitrant employee on the other side. He or she is digging their heels in. They’ve got a bit of an entitlement complex. They’re not in it for the team. They really don’t care that you’re the entrepreneur with the blood, sweat and tears that have been put into the business. Then they are the ones that the JobKeeper provisions are really going to be useful for because you can make an application to the commissioner to help clear that person as a roadblock.

So, all in all, I think that the options that have come out of the JobKeeper, for those of you in receipt of JobKeeper, are really brilliant and there’s so many opportunities here to leverage this very special situation that we’re in.

You can watch the full webinar replay here: https://businessreliefpackage.com/