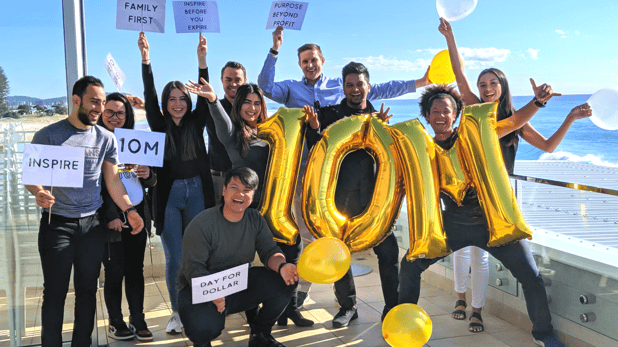 The Federal Budget for 2019-2020 is in. Liberal and Labor have put forward their economic and fiscal outlook, including expenditure and changes to tax and super. In this article, we’ll outline the key elements of both parties budgets, and how the changes will affect you. Please note, the views in this article are our opinion only.

We’ve broken down the LNP’s budget changes to address the effects on individuals, business, superannuation, and finally, we run through Labor’s proposed changes that have raised a few eyebrows.

Has the Budget taken affect already?

The budget is not law yet. It’s also an election budget, so you don’t need to worry about any changes affecting you yet. However, the changes will affect you depending on which party holds power after the election, so it’s important to know what each party is proposing.

The budget wasn’t groundbreaking, and there are no enormous changes. That being said, we are concerned about the election due to proposed changes from Labor’s strategy. We’ll give our opinion based on what we know today and what Labor has outlined. It’s worth noting that We ARE biased towards families, businesses, and economic growth. We believe that’s worth backing.

How will the Budget affect Individuals?

How will the Budget affect Businesses?

The budget proposes an enhanced instant asset write-off. The amount for individual assets costing less than $25,000 will increase to $30,000, an added incentive for businesses to purchase more assets.

There will also be a change to the ABN system. If you don’t lodge your tax returns, your ABN will be suspended on 1 July, 2021. There will also be an annual details check introduced – a simple confirmation that your details are correct.

How will the Budget affect Superannuation?

If you’re 65 or 66 years old, previously you couldn’t, but now you will now be able to:

So that’s about it for budget changes under a Liberal government, but we wanted to share some proposals that Labour has put forward.  We’re actually quite concerned about the effect of some of these – and even the logic in them.

In our opinion, Labor has put forward some suggestions that will hurt low-to-middle income earners, businesses, and the economy. We’ve identified 6 ‘eyebrow raising’ suggestions that Labor has included in their proposed federal budget, and unpacked each one to explain how they will affect you.

Concept: Halving the Capital Gains Tax Discount from a 50% discount to only a  25% discount.

Impact: This means that you’ll pay twice the amount of tax on your capital gains. Despite this change, the Superannuation discount will remain at 33%. The overall affect of this change is that you will be paying twice as much tax on capital gains.

The purpose of the 50% discount was to provide another way to calculate your capital gains as a replacement to the index method. The index method said that if you bought your property for $400,00 back in 1990, it would be adjusted for CPI, for example, the equivalent of today’s money might be $600,000.

Impact: This change isn’t the end of the world, but it’s not great either. Some people have a loss making property for tax purposes. But the big benefits of negative gearing are seen with new property anyway, so the affect won’t be huge. The impact of this change is that new property developments will be encouraged for investors rather than buying existing property.

Impact: Firstly, what is a Franking Credit? When a company (big listed one or small business that’s structured as a company) pays tax, that tax is kept as a franking credit by the ATO. Shareholders can still access that ‘franking credit’ when you pay dividends out of your company.

When those dividends are paid to shareholders or investors, the investors are taxed on that dividend, and they get a credit for that 30% or 27.5% tax rate. So, if they’re a high income earner paying 47%, they get a 30% credit and only pay 17% ‘top up’ tax. If they earn nothing, the tax rate would be zero on the first $20,000 they earn, so they will receive the 30% franking credit as a refund.

This change will hurt low-income investors and self-funded retirees, taking money out of their pocket and increasing dependence on the government. Conversely, it will have no effect on the wealthy, they will still get the full benefit of the credit. Ultimately, it will encourage people to move money out of Australian companies, to offshore businesses or property or other investment classes, where they will get more bang for the buck, which we believe will ultimately hurt the Australian economy.

Impact: This change will target ‘mum and dad’ businesses, effectively taxing trusts like companies and impacting people earning less than $37,000. The wealthy and mega-wealthy are already paying 30%, so it will have low or no effect on them. Instead, mum and dad businesses who might use their trust to distribute money to their children for University or living expenses will now be taxed at 30%.

Concept: Limit deductions for tax affairs/accounting fees to $3,000 per individual.

Impact: This is targeted at the 0.0000002875% of the population (69 Australians) who claimed a massive amount of accounting fees.  This is ridiculous to bring in a change to tax law, and discourage professional advice, for such a small amount of the population.

Some of these changes, if effected, are going to have massive repercussions on the economy, and dependency on the government.  These rules are going to hurt older Australians.

Removing this will discourage people from building their own wealth and saving for retirement, making them more dependent on the government in retirement.

Bringing this back in will affect semi-retired people who might earn more from investment than working.  Just adds to the dependency problem we’ve pointed out above.

We struggle to see any positives of the proposed changes labour has suggested.

Vote with caution this election – it’s the first election I’ve actually been concerned with the result of, because the proposed changes will mean massive (negative) changes for business, families, superannuation and the economy in general.